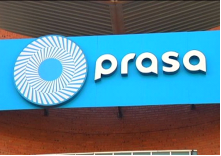 The United National Transport Union (UNTU) got confirmation from its legal team that its urgent application against the Passenger Rail Agency of South Africa (Prasa) in the Labour Court has been served.

UNTU is asking the Court to compel the state-owned enterprise (SOE) to pay the 5% wage increase it agreed to in a multi-term wage agreement. Prasa failed to pay at the end of April 2021.

This is the second time that UNTU approached the Labour Court to enforce payment of the current multi-term agreement.

UNTU brought an urgent application against Prasa in December 2020 after it failed to pay the first year of the multi-term agreement concluded in September 2020 at the Prasa Bargaining Forum after collective bargaining.

“Collective bargaining is a fundamental right in our Constitution. It is one of the pillars of the Labour Relations Act and is rooted in the International Labour Organisation (ILO), Constitution and a fundamental core of its conventions,” says Steve Harris, General Secretary of UNTU.

UNTU will update its members on the progress with the urgent application.